Taizy Agro Machine / For Farmers, For Agriculture, For Better life 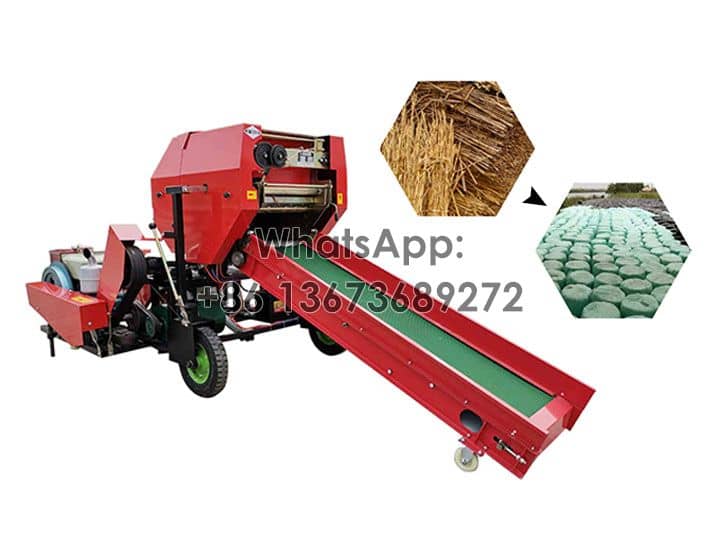 Silage baler is a bundling and wrapping machine, mainly storing enough feed for the animals in the seasons which lack feed. It is one of the necessary equipment for animal husbandry because it can reliably feed, bundle, and wrap the rubbed feed, like corn stalks. This silage baling machine can store and transport the feed in a convenient situation. After wrapping the feed through the machine, the feed is insulated from the oxygen. During the storage time, the feed is fermented, which is more conducive to animal digestion. At the same time, it can preserve nutrition very well. Get in touch with us to get more details for facilitating your business!

Structure of Silage Baler for Sale

And then, get to know the differences between them. The diesel engine can provide power by itself. But the electric motor should get help from the electricity. So, you can choose the suitable power according to your actual demands.

Parts to be Necessarily Equipped

It’s closely connected with the automated opened silo. Generally speaking, the air compressor is necessary for realizing the automatic opening of the silo. It controls to open the silo after the feed is bundling.

This is used for bundling the feed during the working process. It’s also a consumable material. Thus, you’d better prepare enough materials for your production. You should attention, to the baling rope belonging to fibrous material, weathered after long-term storage. But it can be eaten together with the feed by the animals. However,  the plastic net should be removed when you are ready to feed the animals.

When providing the silage baler for sale, we will prepare a roll along with the machine. Although there is a roll for your usage, it’s consumable. And it’s difficult to buy the matched wrapping films from local. Therefore, preparing enough wrapping films is imperative.

The trolley functions to save strength. After the feed wrapping, the silage baler and wrapper can automatically push the feed to the trolley. The trolley is under the control of the persons. And then push the trolley, put the wrapped feed to the proper location.

The working progress is following the below basic steps:

Firstly, the full automatic silage baler or not. But the fully automatic machine is widely and frequently used.

Then, diesel engine or electric motor.